COVID-19 Update: Please be advised that we are open and available. Contact our office 24 hours, 7 days a week, if you need any assistance. 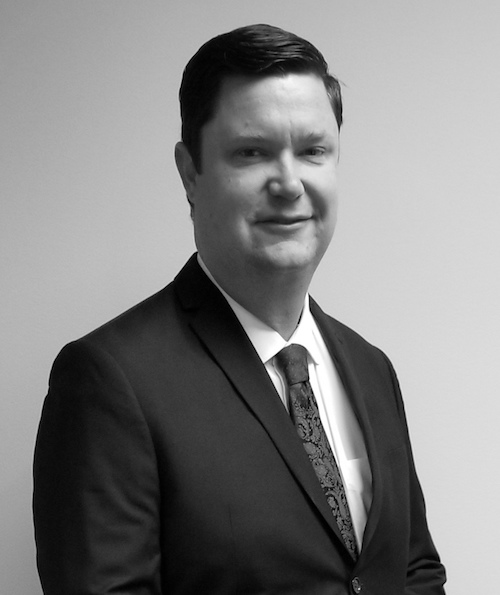 David J. Ruyle, Jr. focuses his criminal and DUI defense practice in San Diego where he was born and raised. He received his Bachelor of Arts degree from Baylor University in 1998 and his law degree from Trinity Law School in 2002. During law school Mr. Ruyle interned with the San Diego County Public Defender’s office where he was exposed to felony related matters.

After working for a few years as an attorney on DUI and other criminal matters, he had a calling to better understand the public perception of law enforcement and the realities officers face. That calling led him to attend a California POST certified Police Academy in 2007 and become a Reserve Police Officer with the City of El Cajon. As a police officer, he was certified to use the PAS and Intoximeter to determine level of intoxication. He was exposed not only to the policies and procedures a police department and its officers must follow but effects they have on the community. During his commission as an officer he was exposed to drunk drivers, domestic violence, and narcotics offenders along with many other issues a patrol officer encounters on a daily basis. He enjoyed his participation in many community outreach events sponsored by the police department.

While he was a reserve police officer he continued his legal practice representing clients in criminal matters and was able to effectively apply his experience as a police officer to his cases and addressing his clients’ needs. He has since resigned his commission with the City of El Cajon but has a passion for sharing what he learned. He was able to share his real world and academic experience as an adjunct professor in the Criminal Justice Department of both Westwood College and the University of Phoenix. He now continues to work with students studying for the Bar Exam.

As a criminal defense attorney, Mr. Ruyle has represented clients charged with misdemeanors such as DUIs, domestic violence, drug possession and theft to felony cases such as severe domestic violence, burglary, robbery and narcotics. He takes pride in understanding his clients’ situations and being attentive to their needs while seeking a favorable outcome for their case. Also of importance to him is his clients’ ultimate well-being and the correction of any patterns of behavior that may be the underlying factor in their criminal case.

Mr. Ruyle is in good standing with the State Bar of California, a member of the San Diego County Bar Association and California Public Defender’s Association. 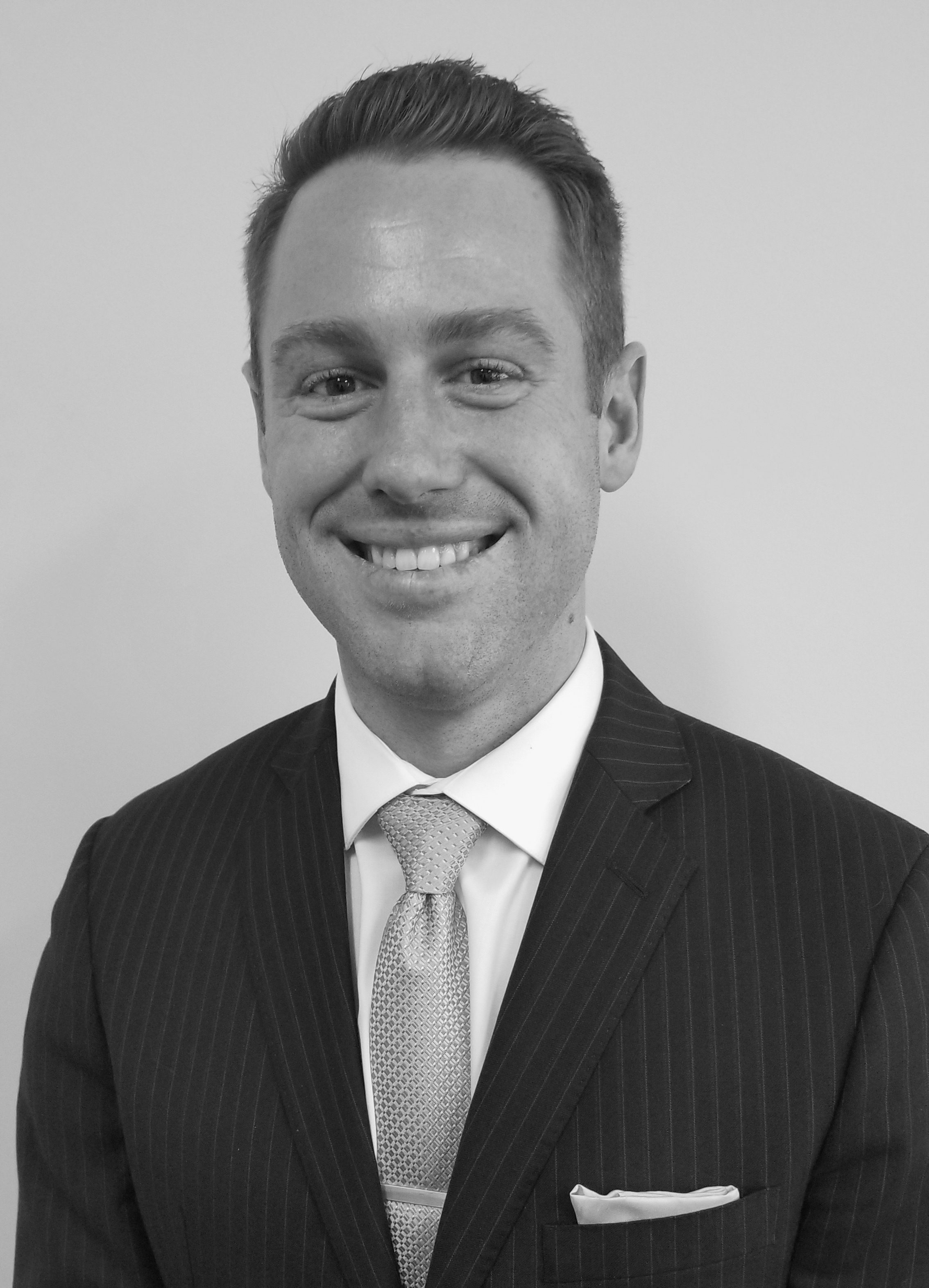 Thomas Filicia joins the San Diego Criminal Attorney. Thomas is responsible for extensively evaluating each case, and then consulting with the rest of the team to determine how the specific needs of each individual client can best be addressed. Thomas’ attention to detail, team mentality, and communication skills have made him a valuable asset to our firm

Thomas was born and raised in San Diego, and has resided in Southern California for most of his life. He is a graduate of the Syracuse University College of Law, where he was a member of the school’s American Bar Association Negotiation Team. At Syracuse, he developed a passion for criminal defense law, and clerked for a law firm that handled primarily criminal appeals. He has drafted appellate briefs in several areas of criminal law including Parole Violations, Domestic Violence, Rape, and Murder. After graduating law school, Thomas worked for one of San Diego’s preeminent Construction Defect and HOA law firms. He is also a member of the St. Thomas Moore Society for Catholic Attorneys.

Prior to attending law school, Mr. Filicia studied Communications at Loyola Marymount University, where he also played Varsity Baseball. He then went on to earn his bachelor’s degree in Philosophy from St. John’s University. At St. John’s, he was a member of the University’s Ethics Debate Team, which competed annually in national competitions.

Thomas is an avid sports fan, who enjoys staying active, and rooting for the Padres, Lakers, and Cowboys, in his free time. 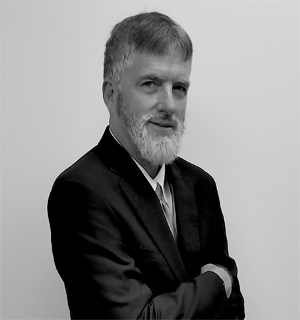 The prestigious firm of San Diego DUI Attorney has added Samuel Sue, Doctor of Juridical Science, to its ranks as Senior Attorney. Mr. Sue has several decades of practicing law under his belt and he plays a crucial part in the preliminary and developmental stages of our various cases. By conferring with clients from the get-go and maintaining a direct line of communication with the DUI defense legal team, Mr. Sue will always be ready to provide solid legal counsel and develop an overall case strategy.

During your legal consultation, Mr. Sue will work closely with the entire team at San Diego DUI Attorney to assure that you, as our valued client, have a high likelihood of success in your DUI case. By utilizing a team of former law enforcement officials, Mr. Sue can act as the primary point of contact in developing a strong case and giving you powerful legal representation. Furthermore, he will always listen intently to the details of each client's story in order to present the overall case to the firm’s Supervising Attorney.

Mr. Sue is an invaluable addition to the overall defense team. This is due to his unparalleled ability to gather intelligence and information pertinent to the case at hand. This is accomplished by working with law enforcement, private investigators, and you. All of this is then used to fashion a customized strategic defense plan that has the highest possibility of success for your case.

Gathering all this intelligence and various facts are absolutely vital to creating the strategic plan that has the highest chance of a positive outcome for you. Furthermore, you can rest assured that Mr. Sue will take every measure he can on your behalf to guide you through this trying time.

The firm of San Diego DUI Attorney as well as Mr. Sue will always focus on you and are always prepared to put in the necessary energy and time to secure the best possible outcome for your particular case. By focusing on the specifics of your story, we can formulate a winning strategy that was developed specifically for your case and situation.

Mr. Sue also has 20 years of experience working in immigration law. This will allow him to work alongside our other DUI defense attorneys to provide top-notch legal representation to clients who may not be citizens and are consequently more vulnerable in their DUI proceedings.

Prior to attaining his Juris Doctor (JD) degree from Thomas Jefferson Law School in the city of San Diego, Mr. Sue also finished his undergraduate studies at Wake Forest University and then received a master’s degree in International Studies (including an emphasis on Latin Studies) from American University. He has licenses to practice as a lawyer in North Carolina, California, and Nevada. Furthermore, following law school, he then attained a Masters of Law in the field of International Tax before he returned to his alma mater as a teacher of international affairs.

In addition to working in academia, Mr. Sue was also an attorney in San Diego’s most prestigious estate and trust law firms. During this period of time, Mr. Sue also published a dissertation in order to graduate with a doctorate in the field of International Finance and Tax.

Furthermore, Mr. Sue worked as a consultant and assisted with financial affairs and planning estates for various companies and other private entities. In doing this work, he ensured that assets were always secured and investments were maximized. He also aided various international corporations to secure the necessary authorizations to operate within the United States and provided extensive help to immigrants to

30 years of experience matters when it comes to criminal cases. I highly recommend the San Diego DUI Attorney for your criminal and DUI matters. Vincent's experience and tenacity in the courtroom is the advantage you want on your side.

One of the best criminal attorneys in San Diego. If you are looking for an aggressive and experienced DUI attorney in San Diego then you go with this DUI law firm. I recommend them to anyone who is in DUI trouble in San Diego.

THIS IS AN ADVERTISING PLATFORM

This is for advertisement only and should not be intended for legal advice. Website platform and DBA name is registered to attorney Michael Taibi.